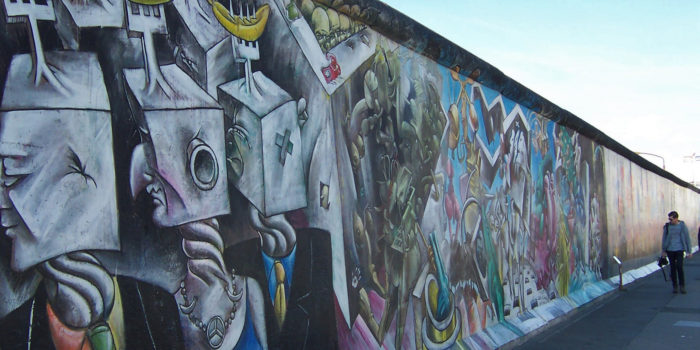 From the beginning of the world, there is a trend of constructing walls around specific geographical arena for protection and defense purposes. Communities built walls to protect themselves from dangerous animals, to make a boundary and to protect their territory. However, other purposes of the walls include adoration, decoration and appreciation of beautiful art. There are many famous walls all over the world. Here we will share you some information about the 10 most famous walls in the world.

Babylon is one of the ancient cities of Mesopotamia. It is located about 85 km south of Baghdad. The Babylon city is surrounded by the Babylon wall. The Babylon wall was built back in 575 BC. The wall has one ancient gate called Ishtar gate and it is one of the largest gates. The gate and the wall were made of blue glazed tile. Saddam Hussain tried to restore and reconstruct these walls during his reign.

The walls of ston are the most famous walls in the world. These are the series of walls that are located in Pelijesac, Southern Croatia and Peninsula. These walls are 3.5 miles long and these connect the two towns of ston. The Mali ston was built at the narrowest point of Peninsula. This is the Europe’s second largest wall and it was constructed during 15th century.

The walls of troy are one of the oldest walls built in 13th century BC. The walls are located in northwestern of Turkey. These walls still stand in their original condition. The walls have many layers of ruins. There is greater historic importance of these walls because these walls were battle land for Trojan War. The walls were constructed for protection of legendary troy. Walls of Troy are famous as tourist attraction.

This is one of the famous walls in the world. This wall is also known as Wailing Wall. The wall is located in one of the old city Jerusalem in Israel. This wall was built in around 19 BC at the end of second temple period. The remaining layer of the wall which has been built in 7th century is the Jewish religious site.

The Berlin wall is one of the most beautiful walls in the world. The wall is located in Germany. This is a modern construction which was constructed during cold war in 1961. The purpose of to build the wall was to stop the East Berliners to escape and enters into the west. This wall is constructed in the middle of Berlin City. Almost 5000 people lost their lives when they tried to cross the wall. In 1989 the wall was taken down with the fall of Soviet Russia.