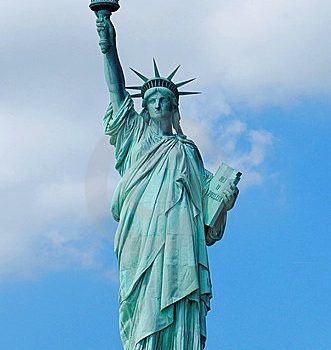 People around the world believe that travelling is the richest form of knowledge and a traveler learns much more as compared to a person who is known to be a book worm. Anyhow, today’s topic is targeted towards The Statue of Liberty-New York, USA. It is located close to the gateway to New York City- just close to Elis Island. The Statue of Liberty is a emblematic gift received by United States of America from France to honor republicanism.

The basis of this statue arose in 1865 as the French politician Mr. Edouard Rene de Laboulaye suggested for development of a monument of independence as a memorial through united effort. This idea was suggested in a dinner conversation where Frederic Auguste Bartholdi; the French sculpture artist was present and it provided him an opportunity to present his idea for development of a giant statue in honor of joint efforts by France and United States for liberty.

The idea of developing The Statue of Liberty by Bartholdi and his team started in 1870 and they used several copper sheets to create the shape of this statue. It was 28th of October in 1886 when this Statue was devoted to the USA.