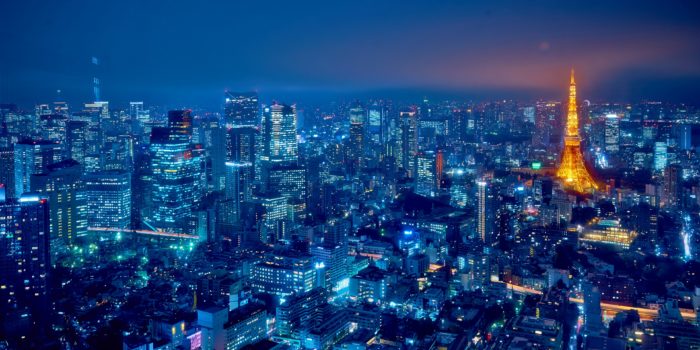 Lonely Planet is the largest travel guide book publisher in the world. Recently the folks of Lonely Planet made a list of travel destinations that are considered to be ahead of time regarding the speed of their development.

We surely expected Tokyo would be the leader of this list. This city is amazing, all those automatic public toilets with integrated heating, more Michelins starred restaurants than London and New York combined and the public transportation is never the less the most effective. Trains reach speed up to 300km/h. You’ll get right on the spot in a second. Some services are done by robots and people are admiring a Japanese hologram pop star. Tokyo is so well prepared that tourists and residents don’t have to think for themselves anymore, the automatic staff can suggest some refreshment according to the weather conditions if people are having trouble choosing the right drink for them.

Dubai gets to be second on this list. The skyscrapers are known worldwide and they seem like they were built in the future and put right back in our time again andsome of them can even rotate. The artificial archipelago constructed in a form of a palm tree is truly amazing and this city will host the Expo 2020 where innovations from all over the world will be presented.

We’re heading to Toronto, the city that recently got the nicknames Dubai of the North or The Little New York. The city got developed in another direction by interventions in the civil engineering. The CN Tower is the tallest building in the western hemisphere. Everything that was built after that simply had to be breathtaking. The Absolute Towers are twin towers with 50 and 56 floors and as a part of the urban development scheme they are made to rotate about 209 degrees. Indeed, an attraction one would love to see.

We know how Swedish are; everything must be eco-friendly. Hammarby is an eco-town located a few kilometers south of Stockholm and it was built in 2004. This town was supposed to accommodate the Olympians but Sweden didn’t get the chance tohost the Olympics at that time. This eco-town is allowing everyday life to be more affordable as the heating and the hot water are obtained from solar panels and every single building has a recycling space. The aesthetic of Hammarby is mind-calming because modern materials like steel and glass were not used during the construction of this eco-friendly village.

Next on the list is Ordos as one of the twelve major subdivisions of Inner Mongolia, People’s Republic of China. It’s also known as the ghost town because the residential buildings are entirely empty even though thousands of people were supposed to live here. This town is a popular destination for the sci-fi fans, especially the museum located in the desert. The structure of the museum totally looks like an object from outer space.

AbyDhabi can also be praised for having a bit of an edge.  For instance, Saadiyat Island is a large, low lying island 500 meters off the coast of Abu Dhabi. Saadiyat Island is still being developed and few museums are planned to be built as part of the project. The museums are designed in modern architectural style, of course, and they will like no other so far. Abu Dhabi is spreading so fast that another ambitious project is on the way – Masdar City, where cars will have no access in the area.

Singapore remains to be known as the most futuristic and most glamorous Asian city. There are remarkable skyscrapers but the achievements are mostly in the way the green areas are taken care of. “Gardens by the bay” is a tropical garden that is holding floral exhibitions and organizes daily tours. The tall trees and the rare plants you’d see there are remarkable. There are also music and light shows in the middle of this green area.

After this fast tour told in words you can start thinking about taking the real exciting tour to one of these destinations and experience the magic of these cities. Think about the fresh feeling you’ll have after enjoying every single bit of the excitement.