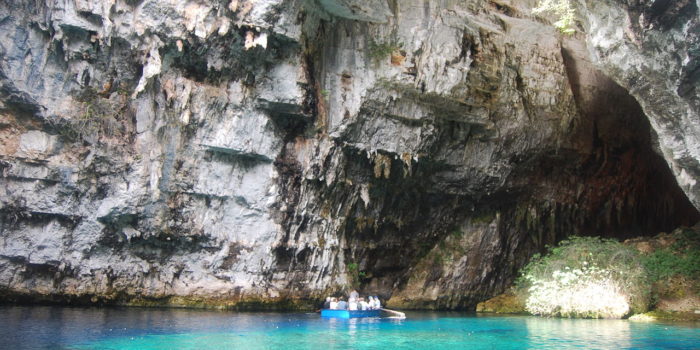 Cave is the hollow place in the ground, a natural underground chamber in a hillside or cliff. Now here I discuss about top 10 greatest natural caves in the world.

The top most beautiful cave is “Son Doong Cave, Vietnam”. This cave is the world’s largest cave. It is located near Laos Vietnam.  “Mountain river cave” is the meaning of the cave. It is millions of years old cave.  2-5 millions year ago it has been created. The limestone is beneath mountain that is formed in river. Where the limestone was weak the ceiling of the cave collapse that can cause huge skylights. The caves also have its own jungle and climate so that inside the cave there is hidden of whole world.”Ho khanh” is the first person who found this cave in 1991. It becomes aware by British caver in 2009. It gives a great experience and adventurous tours for tourists.

The second greatest cave is “Ice Cave near Mutnovsky Volcano, Russia”. It is the crystalline ice cave in Austria. The ceiling with multicolored lights was glowing gently. This cave is look like a tunnel that gives the passage of fairytale world. The cave is curved by the volcano fed hot springs through the glacier by an underground river.

The third greatest cave named as”Caves of Algarve, Portugal”. It is a beautiful cave that contains hollows carved in limestone. It can be found in coastline of Algarve and around Lagos. People can easily access through boats of dinghies. At that place there are also isolated beautiful beaches. The sandy rocks can give the impressive and picturesque experience for everyone .

The fourth greatest Cave is “Marble Cave, Chile Argentina”. It is so much beautiful Cave just like heaven on earth. This cave can give the witnesses of water that is blue in colour and the wall of tunnel color is grey that gives the beautiful pattern to the cave. It is formed by the action of waves by the Lake General Carr era. It is situated at Patagonia Island.  The tunnels are constructed in monoliths of marbels. It can give the unforgettable experience.

The fifth one is “Antelope Canyon, America Southwest”. It is the vertical winding walls were curved by fast flowing flood waters. Over these floods sculpted natural corridors through the soft sandstone. This cave is deep so that the sea region was much lower in this region. When sunlight reaches to this cave then the dry sandstorm gives different layers of pink, red and orange.

The sixth greatest cave named as “Waitomo Glow-worm Caves, New Zealand”. It is so attractive and beautiful cave. The cave was formed stalactites, stalagmites and cave decoration began to grow. Water dripping from the roof over walls leaves behind limestone crystal which become hard as concrete. The limestone is separated into huge block of rocks filled with cracks and weaknesses. This cave is over last 30 million years old.

The seventh greatest cave is “Cave of Swallows, Mexico”. It is most popular cave in Mexico. It is formed by gradually wear away in a plain  of limestone. The entrance measures approximately 205 feet and the free fall of 1220 feet  to the caves bottom. Its interior is conical in shape and the bottom is 990 in diameter. The cave mouth opens  to the largest known cave shaft in the world. Many  sports enthusiasts go at this place for free fall and base jumping.

The eighth one is “Caverns of Sonora”. It is one of the most beautiful cave in the world. The entrance of the cave was 0.6m in diameter. The cave is formed 100 million years old. The most famous information about this cave is butterfly. Helictites are found in huge form.  These shows that rare complexity and purity that gives amazing beauty. It is very special formation. Formation is still growing in the cave.

The ninth greatest cave named as “ Fingal’s Cave Scotland”. Fingal ’s Cave is also known as Hebrides. Its structure is unique.  It is a marine cave created absolutely in hexagonally shared basalt. It is Nature’s gift of fractured column. The cave is formed because of its regularity and the layers of rocks made up of column that all have been laid down at one time. It was a significant spot in the folklore.

The last greatest cave is “Painted Cave California”. It is the world’s deepest and longest sea cave. As from name it is clear that cave has different color. The walls inside the cave are wonderful because of rocks, lichen and algae. The entrance of this cave is look like a fiction. The cave that’s why named as painted cave. Waterfall over that entrance during spring. Travelers can  be amazed by watching the walls of cave.