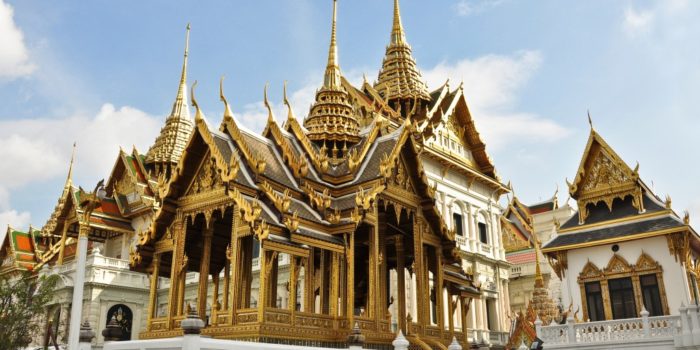 Do you love to explore new destinations and attractive places? So, you must visit Grand Palace Bangkok Thailand. It is one of the biggest complexes of structures at the Bangkok heart in Thailand. History embarks that it has been an official residence for Siam Kings since 1782. Until 1925, the grounds of this palace were used as government offices for the King and royal government. However, the present acting King Bhumibol Adulyadej live in Chitralada Palance but this Grand Palace is devoted to host official events. Many state functions and royal ceremonies take place in this palace each year. Moreover, the Grand Palace is at top of the list as one of the most visited place by tourists.

King Buddha Yodfa Chulaloke who was the originator of Chakri Dynasty ordered for the construction of this palace and it began in 1782. This order was placed in connection to the transfer of capital status from Thonburi to the city of Bangkok. Initially, the structure was not as big as now but new buildings were added throughout successive reigns. So, now it is one of the best place to visit for anyone who loves architecture and history.