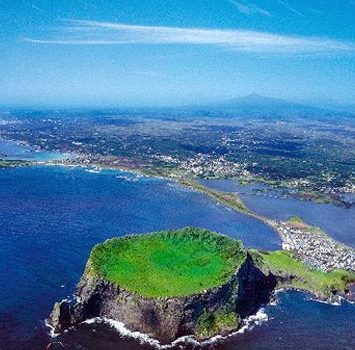 Jeju Island is also known as Cheju Island and it is located in the south coast of the country in the province of Jeollanam-do.  The Jeju Island is the island that is famous as island of Gods.  This place has become a major tourist destination for local people as well as the foreigners.  It is also a favorite place to go for the newly married Korean couples.  The climate of this Island is as similar to the Hawaii Island.  The tourism industry is one of the major sources of income for the people here.  The area is being maintained by companies. The climate of the island is mild and the min temperature is below 0 degree. The island is having high mountains as it is located in south of the mainland.  In all seasons other than summers, the island is being very windy. The best time is to visit this Island from July to September.  There are two cities located near this island but the Jeju city is the capital city so most of the people come through this city in the Island. The airport allows people to come to this part of the city easily. There are a lot of places of attraction you can see in this part of the world. Here is the list of places where you can go and enjoy quality time.

These are the major attractions in this Island; moreover you can enjoy quality life in this part of the world.